The Chopper is a military aircraft and can be built at the Airport with the help of the Tech faction. It also has the ability to locate and attack cloaked enemy units.

The Chopper is the cheapest and the fastest air unit in the game. It can target both ground and air units. The Chopper has the best long-operation sustainability, being able to operate longer than all other aircraft. While it possess decent firepower and excellent maneuverability, it is the weakest air unit in terms of hit points.

Because of the cheap cost (in comparison to other aircraft), speed, and firepower, Choppers are the unit best suited to achieve aerial superiority. They can respond to conflict faster than any other unit can with the exception of the Hovercraft. The Hovercraft however is able to only move on water, causing land-based obstacles to obstruct Hovercraft movement whereas the Chopper doesn't have this issue. Gaining aerial superiority with the use of Chopper offers many benefits; mainly the indiscriminate use of air power on an inferior opponent.

The Chopper only uses 1 slot in an Airport, allowing 1 Airport to field 6 Choppers in total, and has a Fuel capacity of 10 tons.

Most upgrades are Research Projects available at the Academy. 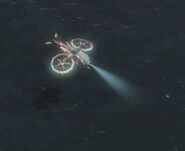 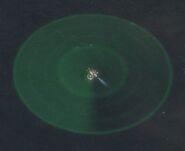 The Chopper using its Special Ability
Community content is available under CC-BY-SA unless otherwise noted.
Advertisement