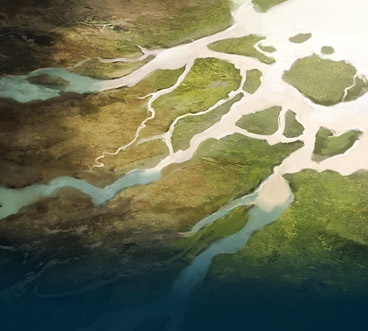 Having a positive Ecobalance increases production of farms. At an Ecobalance of 500, farms will operate at 175% production. This is however only true for farms which actually plant something in the ground. (Thus Meat Factory, Fat Factory and Dairy Farm are excluded.) At this level, island inhabitants will also experience greater satisfaction (25% for Ecos, 20% for Techs, 10% for Tycoons). This can further be increased by increasing the Ecobalance but the increase in satisfaction is a lot slower. At an Ecobalance of 995 island inhabitants can reach a bonus satisfaction of 30% for Ecos, 25% for Techs and 20% for Tycoons. Farm yield is still at 175%.

On a side note, Ecobalance also changes the island appearance. Sunny sky, green landscape, normal rains, and rainbows are more prominent on islands with good Ecobalance. For islands with poor Ecobalance, the sky will be darker, clouds will appear brownish, and acid rains and tornadoes are more likely.

The Ecobalance names are as follows:

Tycoons cannot raise the Ecobalance to greater than 0 (neutral), while Eco structures and island effects can raise ecobalance above zero. When both factions are present, negative pollution will always be neutralized by the Tycoons before positive structures and modifiers take effect. For example an island with -200 pollution, +300 Tycoon tech, and +125 Eco tech will have +125 Ecobalance, with 100 Tycoon waste.

This fact is not registered anywhere in the interface, however, so you might end up seeing scenarios like this:

Neutralizing pollution with Tycoon structures is cheaper than using Eco tech, so combine options from both factions for the best results. Some missions and map settings allow both factions at the start of the game. In standard games the selected faction can purchase rights to the other faction, after reaching executives, for 10,000 credits.

Values in brackets provide an easy reference point for comparison between different Ecobalance generation types. All numbers are accurate to the third decimal place.

Sometimes there are other factors that create a positive or negative effect on the island (labeled "External influences" in the City Center statistics). They are indestructible and cannot be removed by the player in a normal game. However, in the Deep Ocean expansion, it is possible to remove legacies by using a Clearance Device which you are able to develop at the Academy (Special buildings - Special Actions). If you buy an enemy's island by shares all legacies (both positive and negative, except destroyed Nuclear Power Plants) are destroyed too.

You can modify these in the game settings of Continuous Games to be removed completely, only negative, only positive or both. The chance of them appearing on an island however is still random. 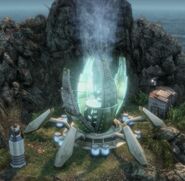