Illusion's End is the first mission in Miracle in Danger. You are tasked with helping Tilda Jorgensen and Vadim Sokow deal with the ecological consequences of a Tsunami caused by a Geothermic Power Plant. Upon completion, the next three available missions are unlocked: Forced Evacuation, Shortage of Skilled Workers and Long-Distance Supply.

These assignments should be completed in the following order for streamlined progression:

The following quests are in regards to Vadim's Oil Rig fire:

The following quests are in regards to Tilda's Oil spill cleanup:

Economy and Island expansion are unimportant for the purposes of this mission. In order to evacuate the population, you simply build a city and reach various population milestones. Each time you reach a milestone, you will need to pick up survivors from Tilda's Warehouse and bring them to your Warehouse. In order to aid Sokow, you simply deliver supplies to him when he requests them.

"Did somebody call for an Excavator?" - Rufus Thorne

"There's nothing quite like chewing on fresh Tea leaves in the morning." - Yana Rodriguez 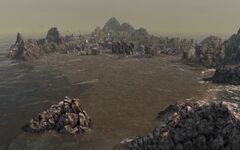 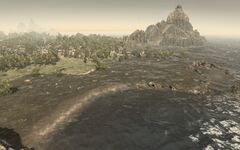