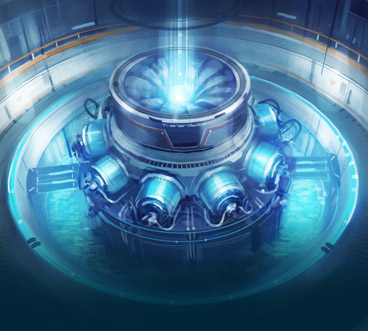 Energy refers to the electricity that your city requires to function. Without a stable supply of electricity, there's no doubt that it will have a negative impact on your economy. Power in Anno 2070 is much like the need for electricity in other city-building games such as SimCity, where total generated electricity is pooled. If the power generation pool is smaller than power consumption, the productivity of buildings that consume electricity decreases. This decrease in productivity is proportional to the island's energy deficit.

Electricity lines, distribution stations and control stations are not required or available: When a power plant is up and running, its electricity is immediately added to the island's energy pool. The player is not able to store electricity for later use. Any surplus power is simply lost. Thus running a power plant full-blast without using all of its power is waste of Maintenance, and sometimes Ecobalance and Resources as well.

In the normal game, there is not a way to exchange electricity between islands. In the Deep Ocean expansion you gain access to the Energy Transmitter once you settle Geniuses in your cities, allowing you to send energy from islands with a large surplus to islands with high energy requirements.

The Wind Park is available from your very first Eco Worker. It is a small and fairly expensive source of energy, costing 25 maintenance for 15 power. Like all Eco Power Plants there is no Ecobalance penalty. The biggest limitation is its influence radius, which controls how closely placed Wind Farms can be. Competing farms will have an output proportional to the total area covered(with no loss at 97% efficiency), severely limiting the island's power supply until other options become available. Ark upgrades reduce the influence radius and maintenance cost, making wind more viable as a main source of power.

The Thermal Power Station is the second Eco Power Plant, available to the player from 750 Eco Employees. Even though the construction menu states it produces 70 units of power, it would not when constructed. It uses the waste from houses in its (small) influence area to produce electricity. Thereby, if few people live in its influence area, it produces little power. It is not a linear growth, however. Even though it needs 650 inhabitants for the total 70 units, it already achieves 35 units of power (50%) at 200 inhabitants. A theoretical total of 34 residences can be built in its influence area. Eco Employees can therefore not bring the thermal power station to its full potential, as theoretically a maximum of 34 x 15 = 510 employees can live around it. When upgrading to Eco Engineers, only 14 residences need upgrading for it to be able to run 100%. One might note that this building too suffers from productivity loss when there is influence overlap, but only if a residence is also shared. Furthermore, the productivity loss does not translate to the upkeep, making it unprofitable placing these in areas with few inhabitants.

This Eco power station is available from 950 Eco Engineers. It is the aquatic cousin of the Wind Park, producing wind power in a harbor area rather than dry land. It produces twice the power (30 units) for twice the cost (-50 balance), and has a much smaller influence area that allows 3-6 to fit inside one harbor zone. It is unique in utilizing otherwise empty harbor space for energy, but this also creates a vulnerable target for enemy war ships to exploit. Fortify harbor areas with defenses, and stay alert for enemy raids. Ark upgrades reduce maintenance and influence area, making defensive placement much easier as well.

This is the largest supplier of Eco energy, 100% clean and capable of running even on the blackest of nights. The central tower is fueled by placing 4 fields of collectors (much like a farm), producing 120 energy at full capacity. It is great for making aesthetically pleasing cities; unfortunately its massive footprint and low yield limit its use as a serious source of power. Tycoons can be unlocked at this point, providing Coal+Excavator power which remains competitive on all fronts despite its pollution. Use Solar Power if coal is not available or if eco damage is a major concern. Ark upgrades increase power output and reduce maintenance costs.

Like in the old days, but improved with modern technologies. Coal is by far the cheapest power available, costing a mere 10 credits/min for a big 60 units of power, and is unlocked at 1 Tycoon worker. Coal must be supplied from a Coal Mine or Rotary Excavator, the former using a valuable mining slot (for 2 stations), the latter a monstrous 5x8 machine. Enviromentalists scoff at the 15 ecobalance cost, 20 when calculating the whole production chain, which can create a terrible cycle of using coal power to remove the pollution that coal produces. Large scale coal power may be cheap and plentiful, but comes at the cost of the environment and in real estate for your islands, but this can be mitigated by Ark upgrades which increase power output and reduce ecobalance costs.

These babies are your best friends when it comes to big demands. Every single one of these monsters spits out a whopping 500 units of power. Even though it requires a very rare resource, Uranium, it can run one islands resources for quite some time due to its low consumption. Inhabitants don't always appreciate a Nuclear Power Plant on their island, especially if it has a history of minor accidents. It is wise to research safety procedures if you plan to make use of nuclear power, since some accidents can be very damaging, contaminating the environment for generations to come.

These can only be researched in the Academy, and require besides 8 quite expensive modules also a prototype and quite some credits. But when it is done, you'll be more than glad you did. The blueprint must be taken to a colonized island with the possibility to actually place it down. Once brought to the warehouse, you activate the blueprint and the building will attach to your mouse. Bring it over to the site and left-click: Now you have a staggering 500 units of power for almost nothing. And it looks great, too. Upgrades also makes the Dam able to produce an unbelievable amount of 950 power units, which makes it the most powerful energy source in the whole game.

The Geothermic Power Plant is a source of energy only availabe in the Deep Ocean Expansion. It provides a significant amount of energy (750!), but once it has been built, it may cause a Tsunami which is a new disaster in the Expansion.

Values in brackets provide an easy reference point for comparison between different power generation types. All numbers are accurate to the third decimal place.

The Thermal Power Station needs inhabitants living within its range. The more inhabitants nearby, the more power it generates. Maximum productivity is reached with 650 inhabitants.

The following data does not include the maintenance and eco balance impact of the upstream production chain. No allowance is made for raw material consumption costs.

The following data does include the maintenance and eco balance impact of the upstream production chain. No allowance is made for raw material consumption costs.

*There isn't any ecobalance under water. 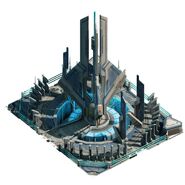 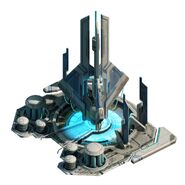